How She rose from a Secondary School Teacher, Creative Writer, Journalist ,University Lecturer to a Double Minister. Her Many Accomplishments and Finally The Only Secret Of Her Success.

At the age of 72, It’s an unarguable fact that success knows her name in all fronts of life, you will not be wrong to say that her enviable accomplishments has a mark of providence, because more than many strokes of luck is required for one to excel in every department of life and live to her age as a public servant without any scandal and controversy, in a nation where corruption and the incessant accuse of being corrupt holds sway when names of our public office holders are mentioned but no taint of such has ever accompanied the name “Kema”.

Amb. Kema Chikwe was at least born with a spoon, though not a golden or silvery one, but today she is not playing catch up to any woman when it comes to accomplishments that are obtained via hard work and resilience. Her father Late Nathan Okeoma Ejiogu from Egbu in Imo State was the first African Chief Inspector of Education, Eastern Nigeria, after his retirement  he became consultant to Ford Foundation of America and UNESCO till when the Civil War broke out. After the war, he was appointed chairman of Public Service Commission East Central State till he died on August 4, 1972. Her father being an educationist fueled her desire for education both as a student and a profession because teaching was her first foray into the public sector.

“Nda Kema” as fondled called by her close associates started her career as a teacher at Queens School Enugu state Nigeria from 1972 to 1974  and also proceeded to Girls High School Awkunanu from 1977 to 1978 but this is after completing her Advanced Teachers Training College in Owerri in Imo State in 1971,and obtaining her Bachelor’s degree in French at Queens College City University Newyork USA, where she also obtained her master’s degree by 1977.

Her Mainstream Life As a Public Servant

She had a short stint as a lecturer in Institute of Management Technology (IMT) Enugu for one year January to Dec of 1978 to concentrate fully on her job as Principal Producer/ Head of Talks and Education, Senior Producer, at the Anambra Broadcasting Corporation for 10 years,from 1978 to 1988 in Enugu, which was part of Anambra state then as it became its own separate State in 1991.

From there she went ahead to become Director, Adarice Project (Nigeria) in Anambra State where she supervised major rice production project, involving both commercial rice producing enterprise and World Bank entity that had implemented agricultural extension project. She managed resources effectively to support both groups’ efforts to promote agricultural/ rural development.

At the completion of her time at the project she became a member and chairman establishment committee of Nigerian Students Loans Board where she contributed to board efforts to provide financing for students in need of paying for their higher education degrees. After which returned to her home state to join the Imo State Tourism Board though for a year and 1 month and selflessly contributed to board efforts to make Imo State a tourist attraction by identifying select destinations and increasing tourist activities. 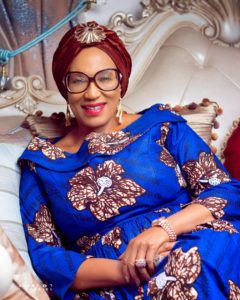 Brief Stint as a Journalist and Creative writer.

Mid nineties Kema’s passion for reading and writing and for the cause of advancing literacy started a publishing company called Primetime Limited with which she engaged teenagers with her Asha Magazine which was circulating in North London and also went ahead to ensure publication of literary works out of her belief in the fact that Art can be a tool for social transformation, Primetime published literary works for the anglo and the francophone nations alike cementing itself as an international brand with works like Le Royonnement du Pere Tansi(The French Verson of Veronica Umegakwe’s The Halos of father Tansi), Meat from Heaven by Elizabeth Okaro, Companion Reader for Junior Secondary Schools by Tony Ozoakor, Women of my Era by Kema Chikwe herself, among others.

Amb. Kema Chikwe is one of the founding mothers of the People Democratic Party (PDP) as she is reputed to be one of the few female signatories to the registration document of the Party in 1999, her vision and tenacity in taking that bold step at a crucial time in the emergence of Nigeria’s 4th republic is exemplary for the modern African woman, after PDPs victory in the27th February 1999 presidential election she became Nigeria’s first Minister of Transport where she  led a variety of reconstruction efforts and service initiatives to improve safety, revive transportation routes, including an active train network, and improve efficiencies and infrastructure throughout the transportation system in Nigeria and presided over twenty government parastatals, including Nigerian Ports Authority (NPA), Nigeria Inland Waterways (NIWA), Nigeria Maritime Authority (NMA, now NIMESA).

As transport minister she Initiated and implemented several activities including Automating of the administrative processes in the ports, devising a 24 hour port- operations and effective lighting of the ports ,created one stop shop for the clearance of cargo at Nigerian Ports and bravely demolished all the shanty’s and containers housing Wharf rats that were causing nuisance at the ports, she enhanced Nigeria’s collaboration with the European Shippers Council and International Maritime Organization (IMO),and also secured funding from the U.S and Canadian governments for research, training programmes and security and supervised the  purchasing of 4 vessels for NPA operations.

Her brilliance and accomplishments in the ministry of transportation influenced her appointment as the Minister of Aviation a position that she also became the first woman to oversee its operations in the history of Nigeria, as the aviation minister she led a variety of reconstruction efforts and service initiatives to improve travel safety and convenience, as well as to enhance the overall quality of service and the travelers’ experience her select achievements in the sector included reforming of the Nigerian Aviation sector, resumption of Nigeria Airways Flights to London and South Africa ,she signed multiple designation agreements with foreign airlines that gave access to KLM, Lufthansa and others to more than one airport in Nigeria and initiated the total radar coverage (TRACON) project in Nigeria.

She created the new parastatal of Nigeria Meteorological Agency (NMET),initiated the reconstruction of Murtala Mohammed International Airport Terminal II on Build Operate and Transfer (BOT) infrastructure concessioning ,and signed the Open Skies agreement with the U.S. Government which was also signed on the Presidential level when President Bill Clinton visited Nigeria in 2002.She also ensured the updating of Nigeria’s Aviation policy and expanded terminal building in Lagos, Abuja, Kano, Owerri and other airports.

“being the first female Minister of Transport and later Minister of Aviation was too challenging ,I cannot remember ever sleeping before 3am as a minister and two weeks after I left the position, I was very sick because of accumulated stress. It is not a glamorous job. Also, I was chasing too many war fronts; the political and work war fronts. The most important thing I did was to prioritize everything. One thing I did not do was to listen to people who were unnecessary critics because they wanted something and they didn’t get it. I didn’t allow media attack to distract me. The most important thing was for me to succeed and I am happy I did.” Her exact words in an interview she granted in May 2017.

Life As A Retired Public Servant

After her ministerial odyssey she became Board Chairman of Jamb, An ambassador to Dublin and Iceland and National Women Leader of the Peoples Democratic Party in 2015 as well, though now she has taken the backseat when it comes to politics and resorts to an advisory role in political issues in her state ,her influence as a political mother figure has not waned one bit.

Kemafor in the journey of her life so far, has had her hands in many pies of life, faced challenges of sorts and overcame most unscathed with the wisdomic attributes that she is endowed with, she contested for the office of Governor Imo State and also for the position of Senator to represent Owerri Zone which were both unsuccessful.

The One Secret to her peace and happiness.

Now at 72 She is happily married to the husband of her youth with whom she celebrated their Golden jubilee signaling their 50 years of married life together last year ,a union that is blessed with Sons and daughters that has given her grand children, last time she was asked, she revealed that the secret to her peace and happiness throughout her journey so far apart from God’s grace is Integrity, being honest and transparent ,she has always kept her word regardless of the situation and the circumstance.

She kept her word to her father, her words to her husband and to all her associates be it her employers or her employees at her various places of work, her students or her bosses during her time as a politician, the only thing she remember doing different was just being honest and keeping her word.